Flow is a beautiful black female out of a very successful litter. Her three brothers are Int. FTCH, AUT & HU FTCH Fendawood Dave, Int. FTCH Fendawood Drummer, and FTW Fendawood Diesel who displayed their superior talents in the field and in multiple Open Field Trials all over Europe and the UK. Int. FTCH Fendawood Dark Velvet is a litter sister of Flow.  Flow‘s dam is Int. FTCH Ragweed’s Greedy - a “once in a lifetime” female with exceptional game finding ability, drive and style. You never get tired of watching her work. Flow truly is a part of her outstanding family, equipped with all the natural abilities a hunter wants in a dog.

Radweed's Aston aka Dell is a very kind and gentle natured dog. He is middle sized with a strong coat. He is outstanding in the field and a hard worker. He trialed in the UK und won a 24 dog two day open which qualified him for the 2016 IGL Retriever Championship where he was second and third and gained several FT awards.

Dell passes on his lovely nature and calm temperament to his offspring in every litter. 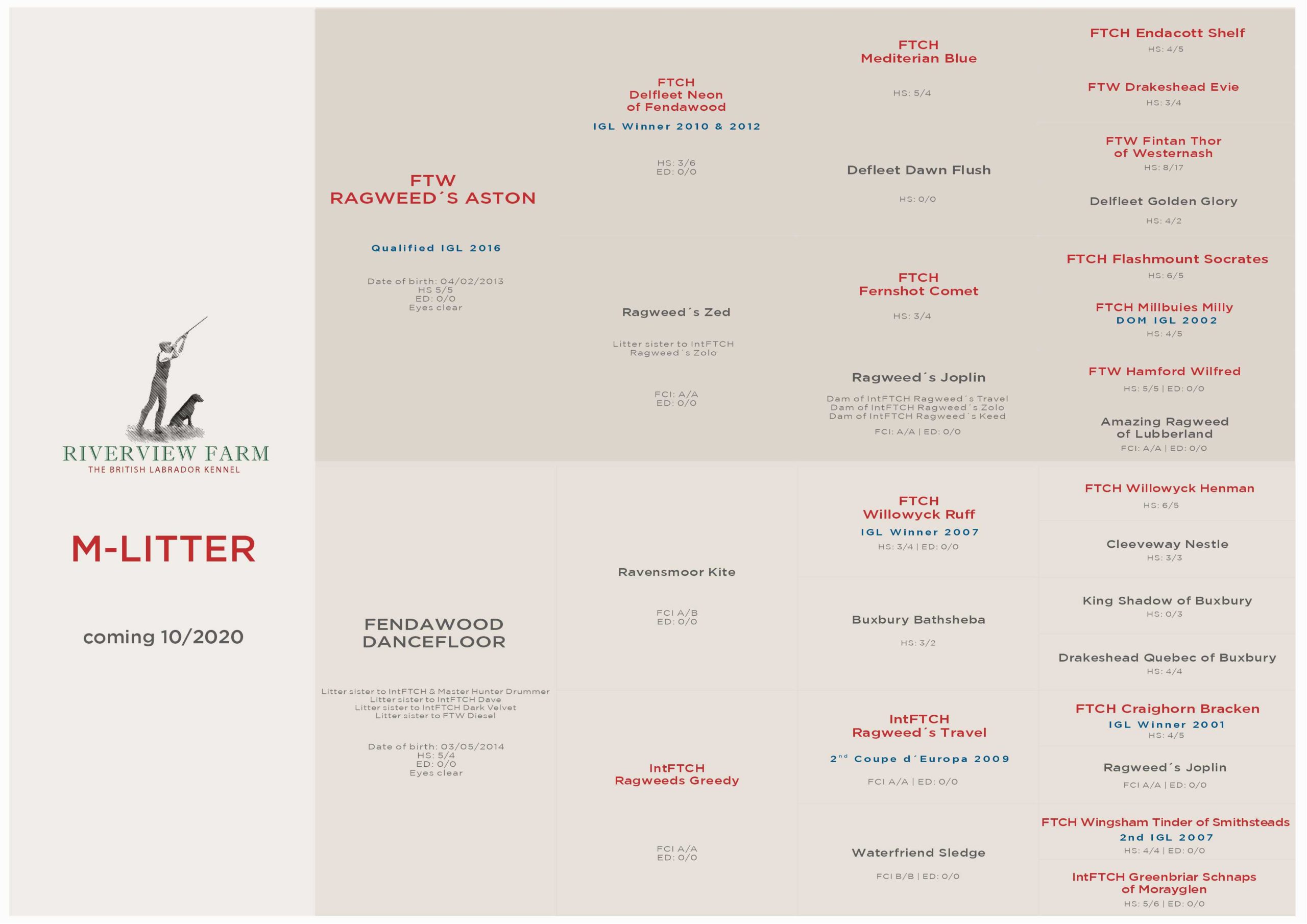 Picture of the litter 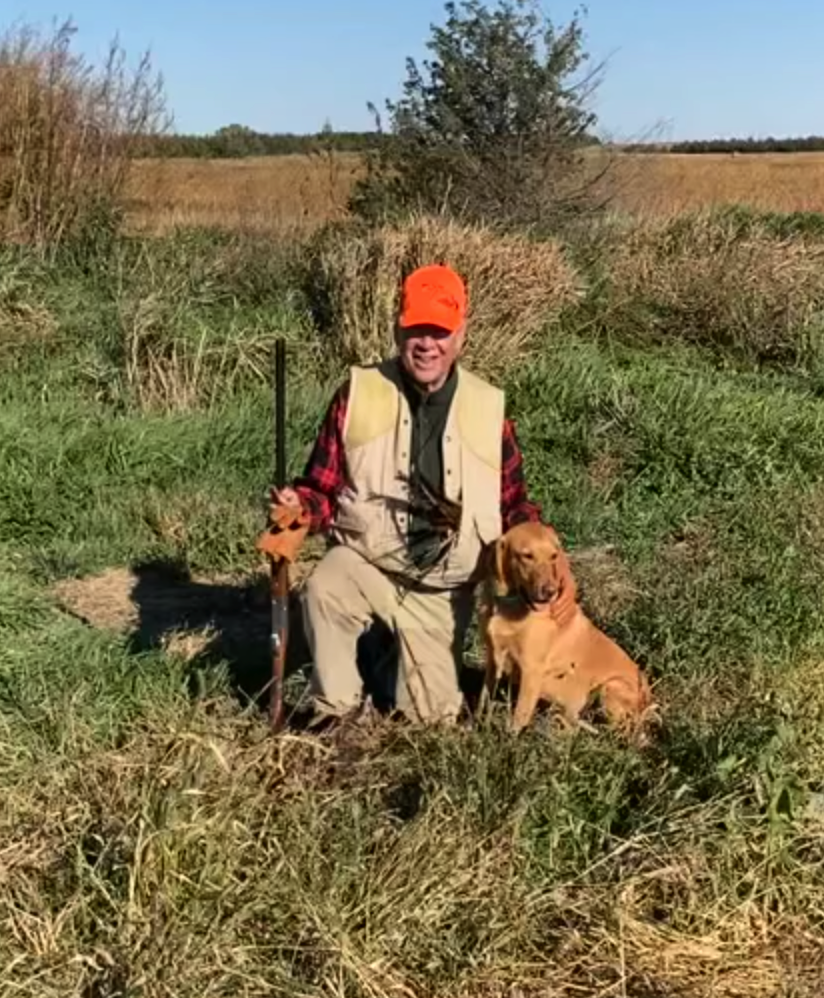 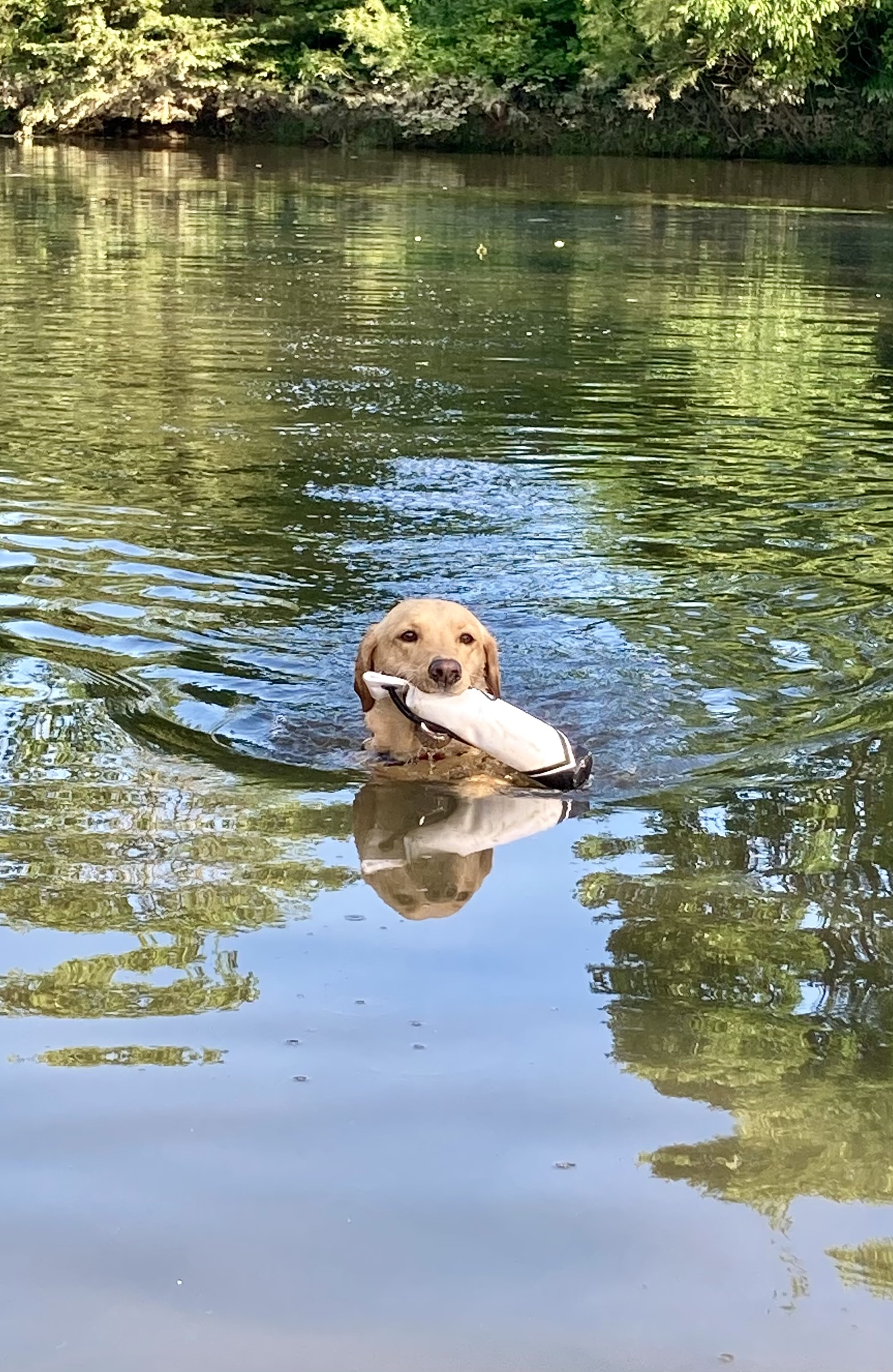 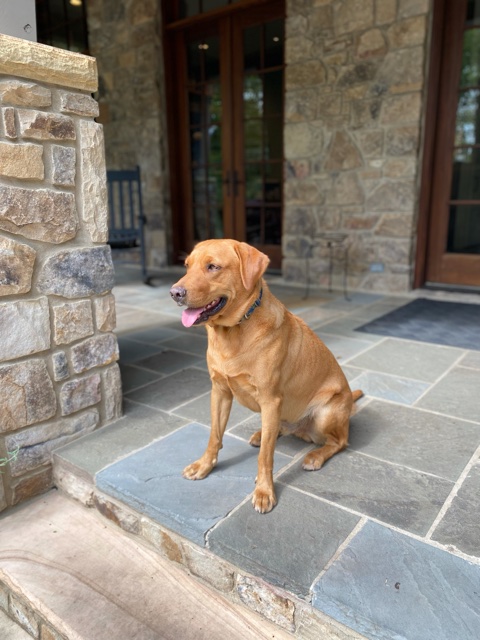 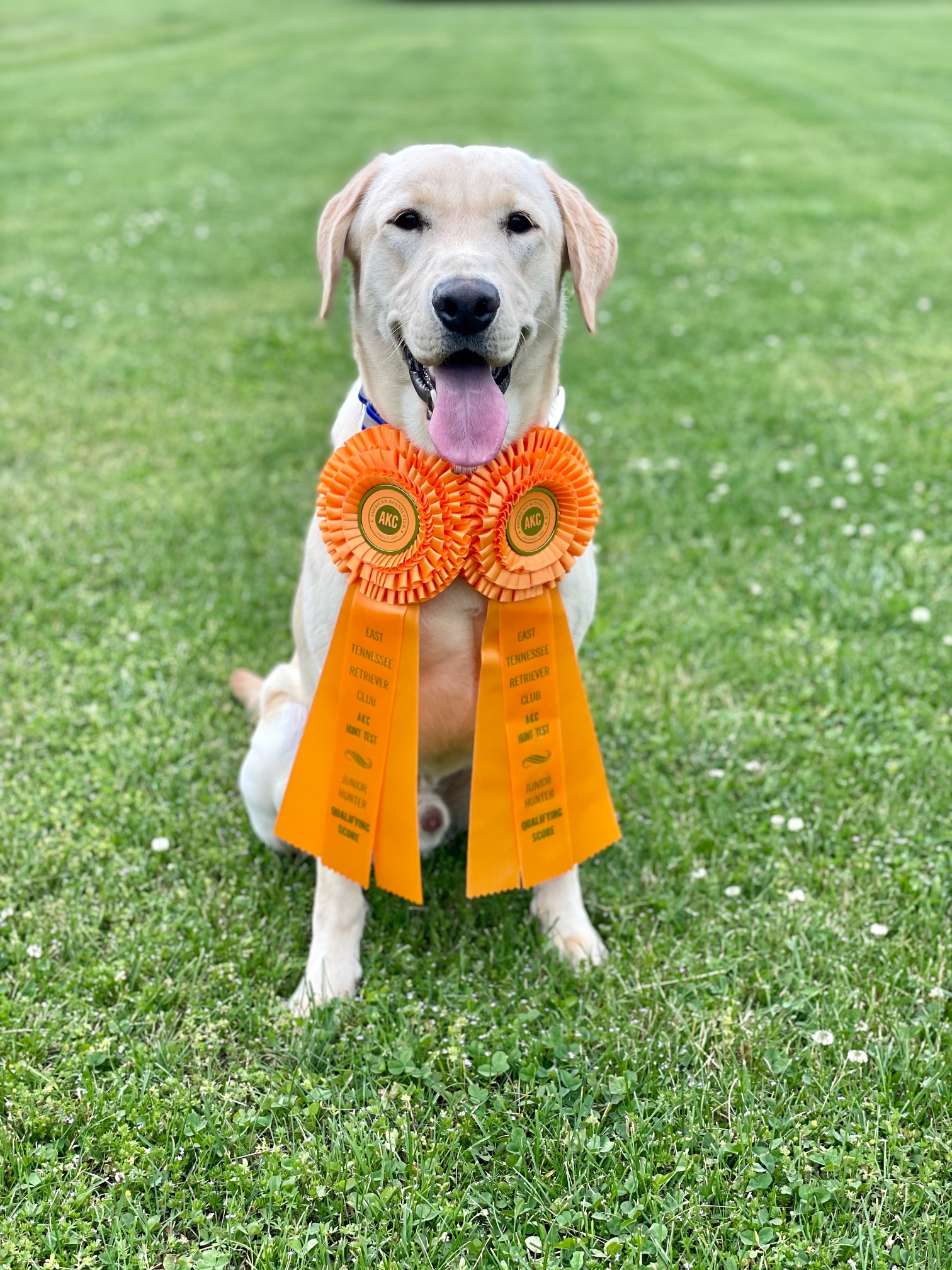 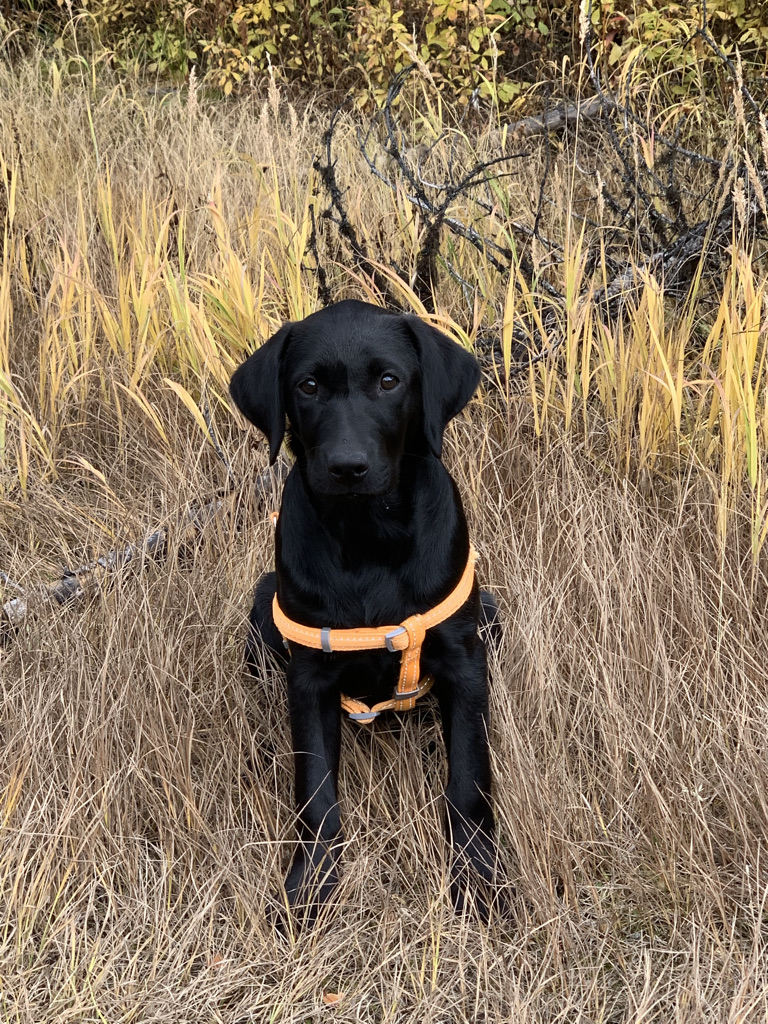 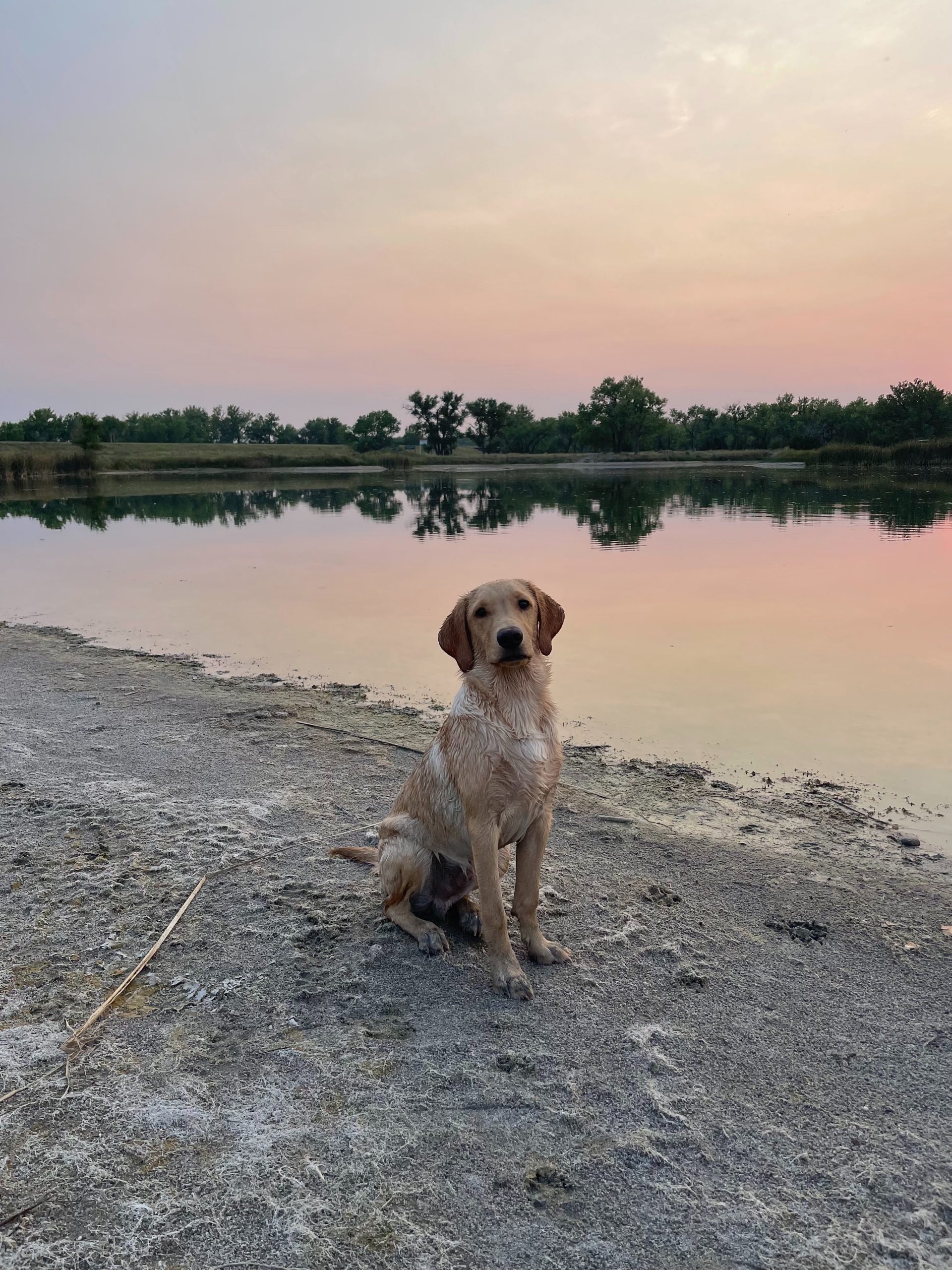 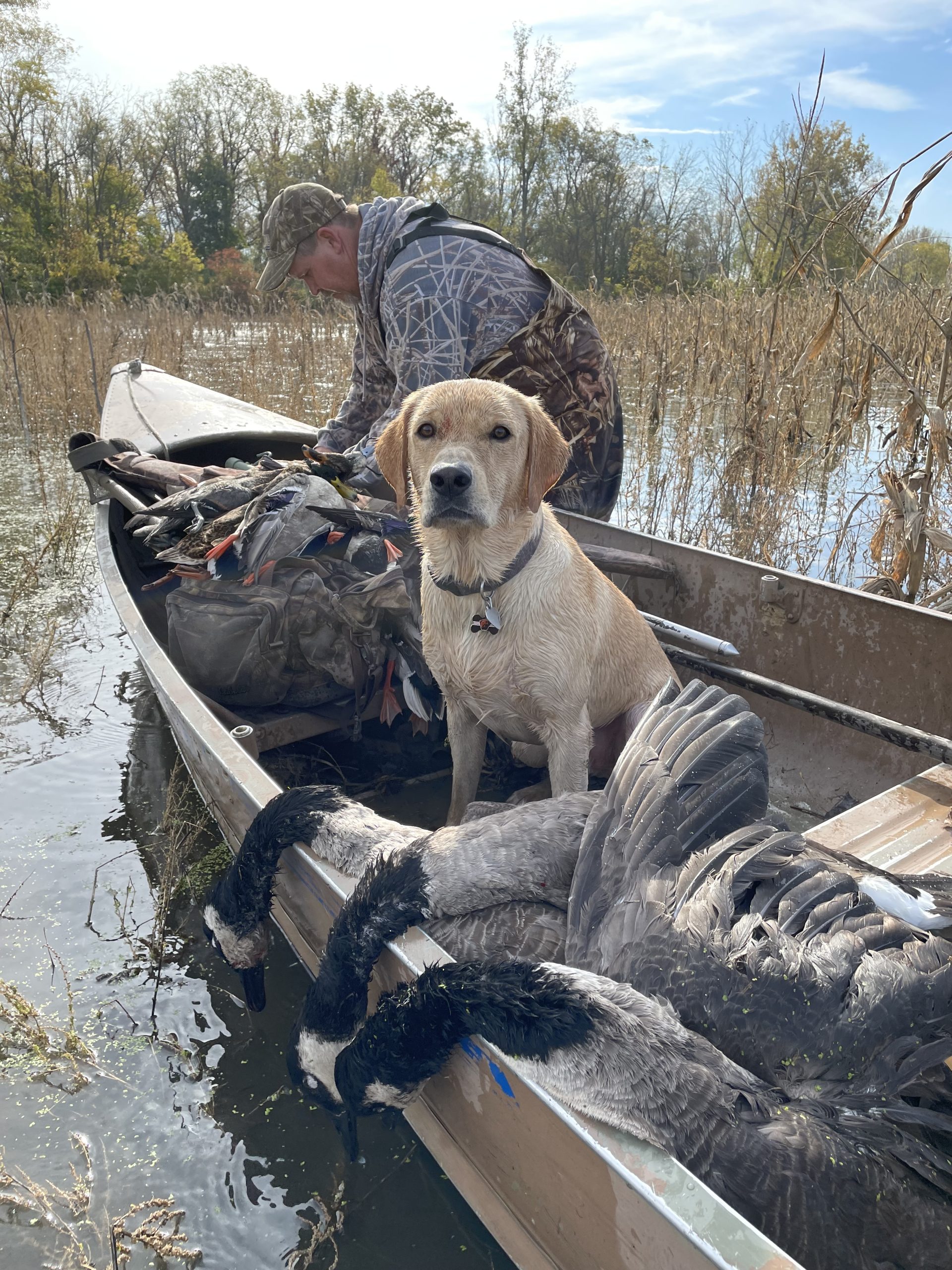 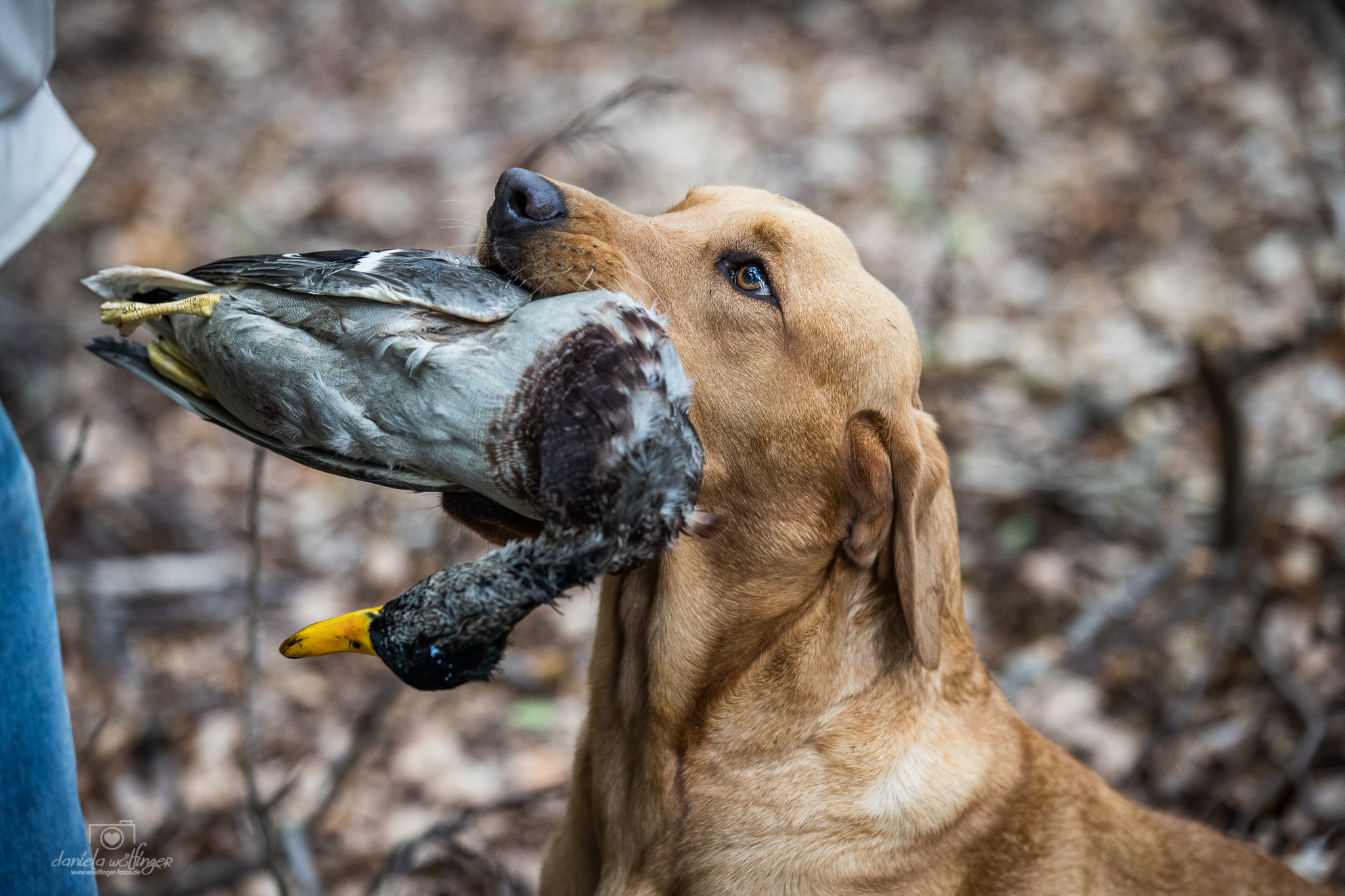 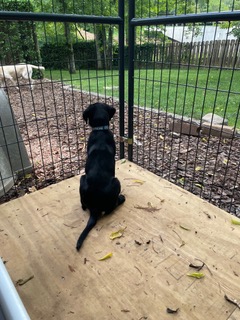 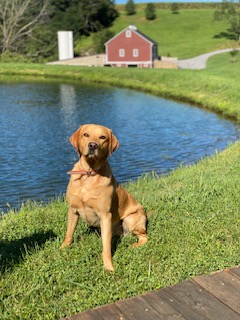